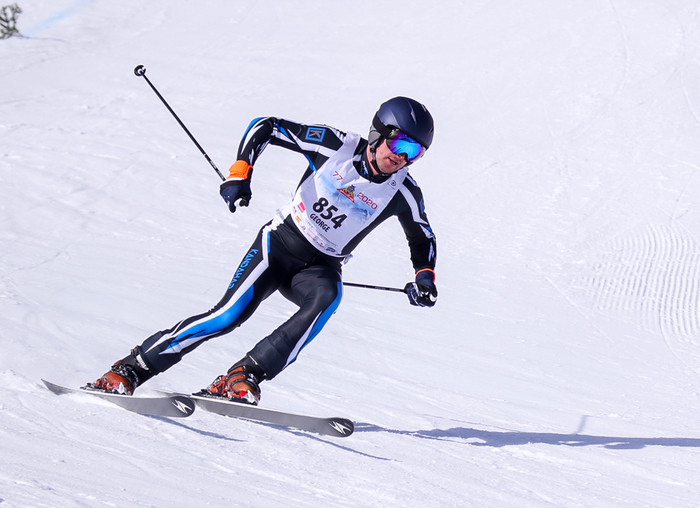 The Inferno Downhill race held annually in Mürren, was started by the Kandahar in 1928 when 17 Kandahar members climbed to the summit of the Schilthorn over two days, before setting off in a mass start for the race to Lauterbrunnen in the valley bottom, a drop of 2,170m.

It is now the world's largest amateur Downhill ski race and the people of Mürren have welcomed generations of visitors with warmth and friendship to share the joys of their glorious mountains. 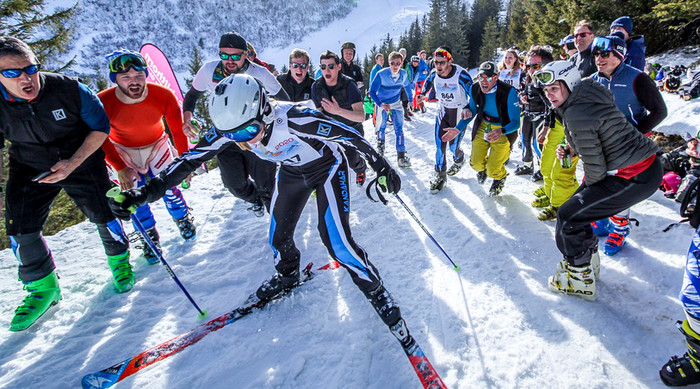 The race is the longest Downhill in the world starting from the Schilthorn at 2,970m and finishing, when conditions permit, in Lauterbrunnen at 800m, a course of over 14.9km.  The race is so popular that it is limited to 1,850 competitors, starting at 12 second intervals throughout the day.

The Inferno Combination, introduced in 1985, combines the Downhill with a Langlauf and Giant Slalom race which take place in the days leading up to the Downhill. 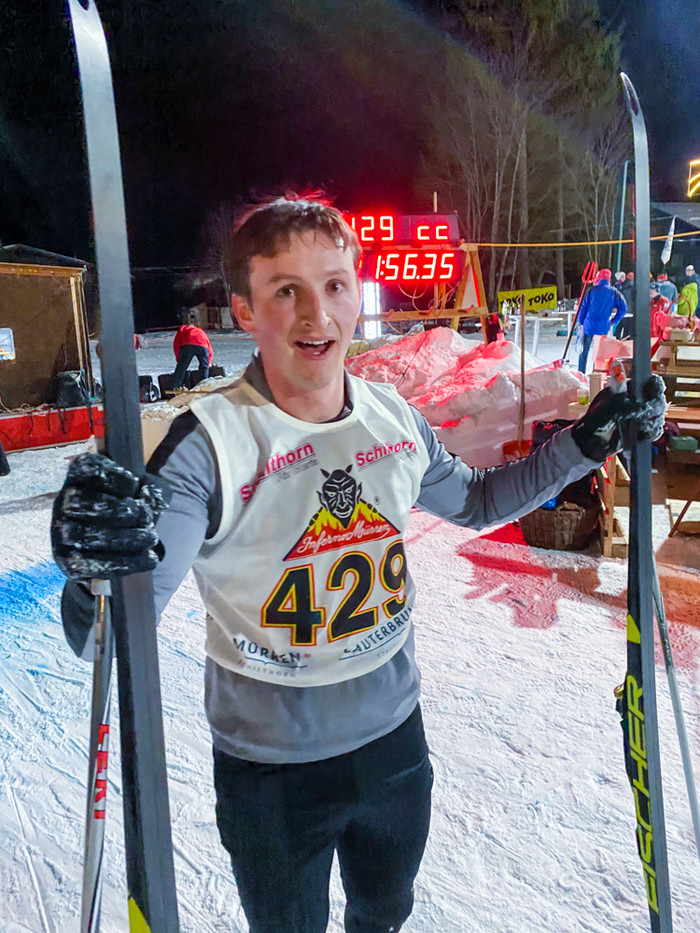 Many racers come to Inferno Week not only to compete but also to enjoy the buzzing atmosphere and enticing social scene, culminating in the weekend activities including the traditional burning of the devil and the world-famous Inferno After-Party, which has to be experienced to be believed!

The Hulse-Palmer Cup is a Kandahar award presented to the team of four whose results have improved the most since their previous Inferno, relative to the overall winner. Results are calculated using the three most improved performances. Each racer must have at least one Inferno result in the last three years. 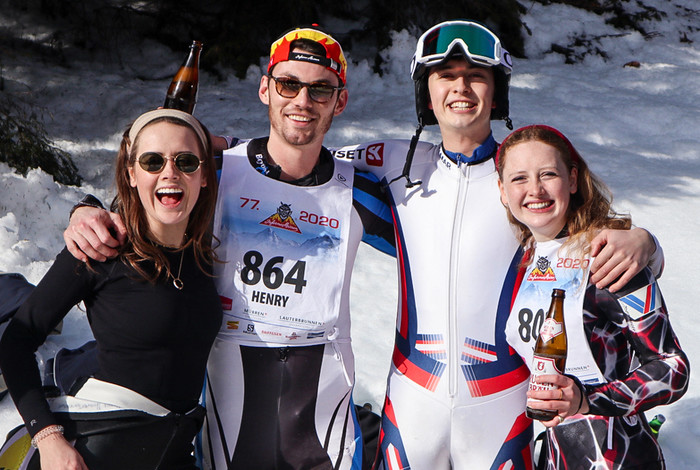 The Inferno is part of the Super-Three - the three largest Amateur Downhill Races in Switzerland.  The Mürren Inferno together with Belalp-Hexe  and the Saas Fee Allalin  make up the points system for the Super-Three.   Should you take part in all three races in the same year you will receive the medal "Super-Drei".  The total score is made by simply adding together the three times from the official result lists of each race.

Inferno entry for K members will open late July on the Book Events page of this website. An email will be sent out to the Club once entries open.  Please note: Direct applications to the Inferno Office will not be granted